As the leading provider of grounding and bonding products for concrete pool construction, we take pride in our service to the swimming pool and spa industry. We don’t just provide parts, we engineer unique solutions to the common problems facing the industry. 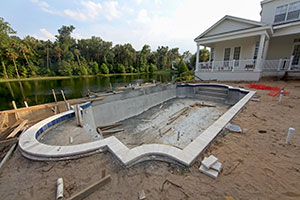 Sometime before 2005 the pool industry started using fiber reinforced concrete, eliminating the need for rebar. While this was a great change for most since it substantially lowered costs involved in concrete pool construction, it had an unexpected side effect: stray voltage.

So, in 2005 the NFPA (National Fire Protection Association) changed the NEC (National Electrical Code) to require a copper grid be installed if there was no rebar used. This copper grid cost about the same in materials as the rebar but was faster to install. So, while this was still slightly cheaper in labor, it removed the original cost savings from swapping to fiber reinforced concrete. The pool lobby wanted those savings back.

In 2008 Code Making Panel 17 voted to remove the requirement for a copper grid. They proposed an alternate of a single copper wire installed 18 inches from the inground pool. This change got approved despite third party testing by NEETRAC (National Electric Energy Testing, Research & Applications Center) and EPRI (Electric Power Research Institute) showing that it was an ineffective way to handle stray voltage in swimming pools.

The response from CMP17 was that the NEC only provided minimum requirements. Each inspection jurisdiction could individually include a requirement for a copper grid. Thankfully a lot of jurisdictions did exactly that, simply enforcing the 2005 version of the NEC. 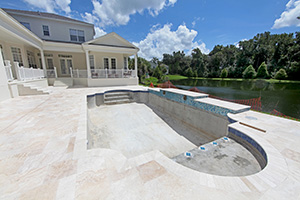 An attempt to change the code back to the 2005 standard was made in 2010. It was even approved and was about to be added to the 2011 NEC when CMP17 (who originally removed the grid requirement in 2008) vetoed the decision. Due to a loophole of sorts the specialized code making panel can override the decision of the electrical section of the NFPA. This left the pool and spa industry in a tricky spot. Most now knew that a single copper wire was ineffective, but it was a lot cheaper than a grid.

The short answer is that the minimum you need is decided by your local jurisdiction. The majority will probably just follow the 2011 NEC and only require a single wire. It will come down to your inspector.

If your jurisdiction doesn’t require the grid, you are not obliged to install one. However, what’s more important in concrete pool construction, saving a bit on a grid, or your reputation? The smart ones in the inground pool and spa industry know that your reputation amongst your customers is invaluable.

Doing the right thing by them will pay dividends. Who knows when the code will change back to what you and I know is correct? 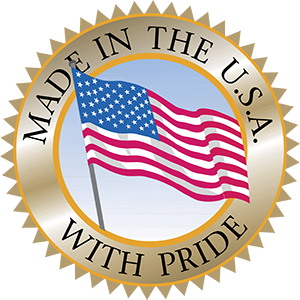 What Our Customers Are Saying:
CMI is the "One Stop Shop" for Electrical Products for Pool and Spa Builders & Distributors.
View Products
Copyright © 2023 - All Rights Reserved.
0